A new poll about the 2020 presidential election reveals an Independent candidate would take away Democratic votes in a 5-to-1 ratio in comparison to Republican votes. Based on this analysis, an Independent run by former Starbucks CEO Howard Schultz virtually guarantees Trump a second term in the White House. Schultz has said he is seriously considering running for president as an Independent.

The poll, released Tuesday by the Wason Center for Public Policy at Christopher Newport University, predicted that the way things stand now, President Trump comes out on top with 34 percent of the vote, while the Democratic candidate would earn 32 percent of the vote and the Independent would take 16 percent. 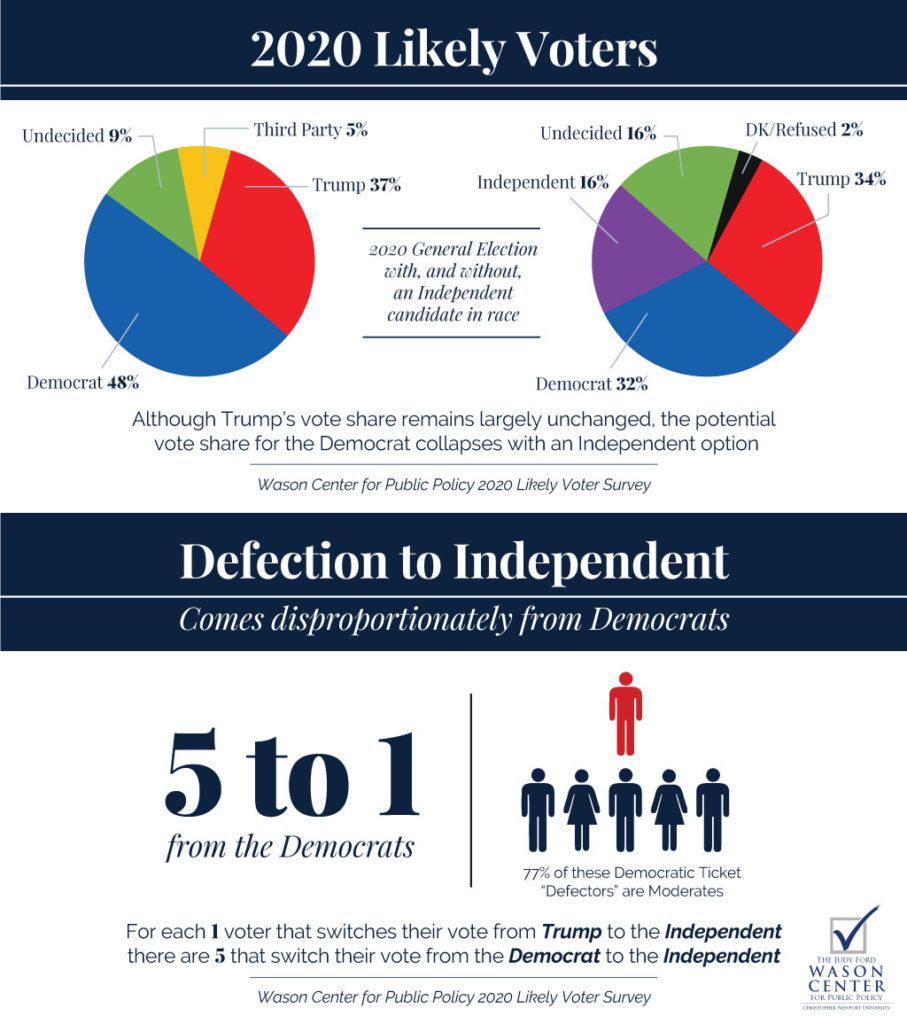 Such a scenario is a Democrat’s biggest fear. Indeed, Democrats have been expressing their anger at Schultz since he announced his bid for the presidency in early 2019. Some, including liberal filmmaker Michael Moore, have even suggested boycotting Starbucks. But maybe their anger is being aimed in the wrong direction. After all, Schultz is a self-described “lifelong Democrat.” His policies are identical to the Democratic policies of the 1990s. So, what changed?

It’s not Schultz who’s changed, and based on the polls it’s clearly not the American people who have changed. Rather, it is the Democratic Party itself that has changed. There is no denying that Democrats have moved significantly to the left, focusing their efforts on Democratic socialism, environmental justice and social issues that, frankly, do not attract the majority of Americans. But Democrats don’t seem to see that.

Schultz has said all these things. He has criticized the Democrats for their move to the left, for their emphasis on the wrong subject matter and for their refusal to listen to the voices of everyday Americans as they claim to do. But Democrats turn the other way and continue yelling into their echo chamber.

If Democrats continue along this path, there is no denying that a third-party run is necessary to keep the moderate-liberal party alive. Perhaps a break in the Democratic Party is coming. Based on the 2020 predictions in this latest survey, that appears to be a likely possibility.