In Rare Move, Trump Thanks MSNBC For Its Honest Reporting On Collusion

Here’s a story you probably haven’t seen pop up very often in the left-wing cable news: MSNBC is reporting sources say that the Senate Intelligence Committee found no evidence that President Donald Trump colluded with the Russians, as its two-year investigation is coming to a close.

President Trump quickly took to Twitter to make sure Americans were aware of the news:

The Senate Intelligence Committee: THERE IS NO EVIDENCE OF COLLUSION BETWEEN THE TRUMP CAMPAIGN AND RUSSIA!

The left-wing media did have to report on the finding to maintain some credibility in the American public, and President Trump made sure to share those limited clips on Twitter.

Thank you to @MSNBC! 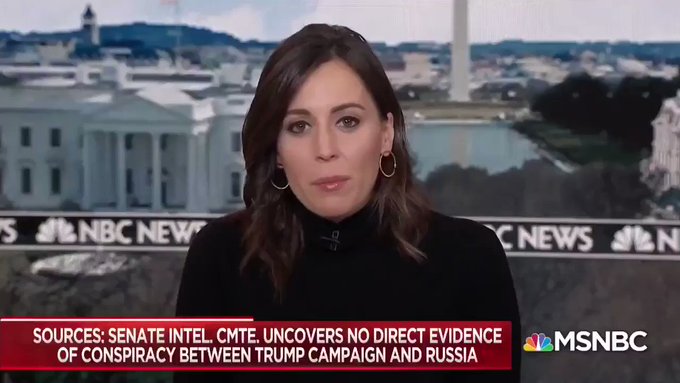 Before the official conclusion of the investigation, Republican Sen. Richard Burr of North Carolina explained the evidence:

“If we write a report based upon the facts that we have, then we don’t have anything that would suggest there was collusion by the Trump campaign and Russia,” he told CBS on Feb. 7.

Burr said last week that the investigation was coming to an end. “We know we’re getting to the bottom of the barrel because there’re not new questions that we’re searching for answers to.”

On Tuesday, he reaffirmed his position, telling NBC, “There is no factual evidence of collusion between the Trump campaign and Russia.”

But Democrats are still not satisfied. Democratic Sen. Mark Warner of Virginia, who is also a ranking member of the committee, said he disagreed with Burr’s conclusion. He did not offer his own:

“I’m not going to get into any conclusions I have,” he said. “There’s never been a campaign in American history… that people affiliated with the campaign had as many ties with Russia as the Trump campaign did.”

This was the only bipartisan committee investigating Russian collusion in the 2016 presidential election. They reviewed some 300,000 documents and piles of classified information. Special Counsel Robert Mueller is still expected to send a report to the DOJ, who will ultimately decide if there is any evidence of treason and whether to press charges.

House Democrats also announced they plan to start another committee looking beyond the 2016 election.

One thing is for sure: they will continue to look for evidence until they find evidence, whatever that might be.